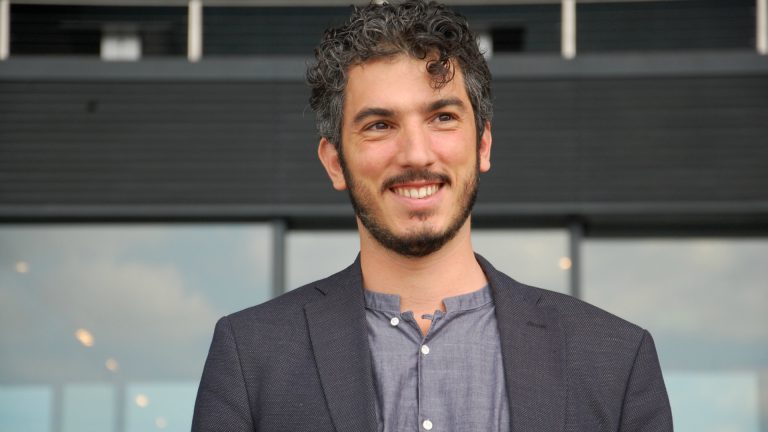 by welcome to europe, watchthemed alarmphone, infomobile greece
Our dear friend Gabriele del Grande, human rights activist, journalist and documentary filmmaker, was arrested on April 10, in Hatay / Turkey. He was doing a research for his new book-project about Syrian refugees. Since four days now, he is on a hunger strike, struggling for his freedom.
Gabriele has been active since years, monitoring deaths of refugees in the Mediterranean, on his blog ‘Fortress Europe’ and later focussing on the complexities of the war in Syria and its effects on the Syrian civil society and the refugees in Europe. All of us loved his documentary “On the bride’s side” in which he combined documentary filming with activism in his own way, struggling for another world.
Like other 150 journalists and thousands of political prisoners in Turkey, Gabriele is being denied his freedom, without being charged of any offence. Since July 2016, the Turkish prisons have been filled with activists arbitrarily arrested – a common way the Turkish regime tries to silence criticism and protest.
Gabriele is in solitary confinement and he’s on a hunger strike. On April 18, when he was finally allowed to contact his family, informed them that:
»My documents are okay, but they don’t allow me to appoint a lawyer, nor do they tell me when they are going to release me. […] I am not allowed to use the phone, my phone and my personal belongings were confiscated, even though I’m not officially charged of any crime. . […] From tonight on I will go on a hunger strike and I ask everyone to support me, so that my rights are respected.«
Gabriele’s appeal found thousands of supporters who demand for his immediate release. A petition was already signed by more then 50.000 people and under the Hashtag #iostocongabriele many express their solidarity.
We stand in solidarity with Gabriele and demand his immediate release from prison!
Freedom for Gabriele and freedom for all other prisoners who were arrested for opposing the Turkish regime!
We demand from all governments involved, to immediately stop the dirty refugee-deal the EU made with Turkey. Freedom of movement for everyone!
welcome to europe – watchthemed alarmphone – infomobile greece
*****************************************
More information on Gabriele del Grande you may find on his Blog fortresseurope.blogspot.de as well as on his Twitter-Account @AbuNefeli. Facebook-page “On the brides side”: https://www.facebook.com/IO-STO-CON-LA-SPOSA-614167855342727/
A petition for Gabrieles release can be signed here: https://www.change.org/p/angealfa-per-il-ritorno-a-casa-di-gabriele-del-grande